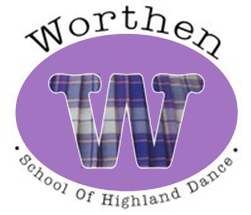 Jennifer Worthen is a former Provincial Champion dancer who began dancing at the age of 7. Under the instruction of Janice Macquarrie, Jennifer successfully competed for 14 years, representing Nova Scotia at the Canadian Championships for 10 years. Jennifer has been teaching dance for 35 years, during which time some of her students have won Provincial and Atlantic Championships as well as other local Championships. She is a Fellow with the Scottish Dance Teachers Alliance and has been a member of the Royal Scottish Official Board of Highland Dancing World Wide Judges' Panel for 25 years.  Jennifer has enjoyed judging in Canada, United States, Australia and Scotland.

Jennifer has held many volunteer positions in her dancing community, which include President of the Halifax Highland Dance Association, ScotDance Nova Scotia Secretary, Provincial Competition Organizer, Provincial Professional and Dancer Registrar, ScotDance Canada Secretary and is the current Vice-President of ScotDance Canada. Jennifer is Chair of the SDC Nominations Committee and serves on the SDC Emergency Crisis Task Force. As a Competition Organizer, she is regularly involved in organizing local competitions, championships, premierships and workshops. She was part of the Organizing Committee for the ScotDance Canada Championship Series in 2011 (Antigonish, NS), 2017 (Charlottetown, PEI) and 2019 (Moncton, NB). Jennifer is Chairing the SDCCS in Halifax in 2023. Besides running a large dance school in Dartmouth, NS, Jennifer is an elementary school teacher with a Master of Education Degree in Leadership and Social Justice.